Clemson University researchers Darren Linvill and Patrick Warren have spent the past few years uncovering suspicious social media accounts that have been used to spread disinformation. The university professors identified more than 300 tweets from nearly 30 suspicious accounts that identify and promote videos of racially sensitive incidents. Many of the posts are designed to create distrust and further divide Americans on difficult racial, health, and economic issues. Their research has been widely reported and has resulted in the removal of Russian-linked accounts from Twitter and other social media outlets. In the spring of 2020, Interactive Knowledge was chosen to design and produce an online quiz that uncovers interesting facts about social media posts that have the sole purpose of spreading disinformation. This interactive quiz, titled Spot the Troll, uses real social media content to test the users’ ability to discern legitimate accounts from Internet trolls. 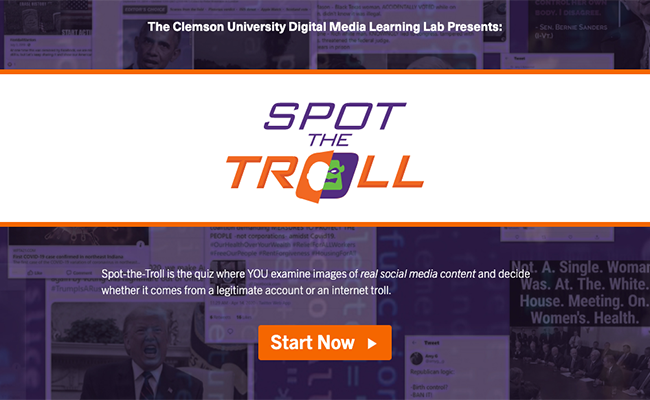 Spot the Troll is available for public use and will be included as an activity for several Clemson University College of Business courses. The website presents a series of eight actual social media accounts. The user is asked to decide whether the account profile is authentic or a fictional profile that has been created by Russians or others in order to post misleading and divisive information. Once the user decides whether the account is real or fake, feedback is provided along with detailed information that shows ways to better detect the authenticity of a social media account. The extensive research completed at Clemson University’s Media Forensics Hub has uncovered trends and facts that are shared in the feedback section for each of the eight accounts. The goal of this site is to disseminate the research in a format that is easily accessible to anyone who uses social media and wants to slow down the spread of false and misleading information.

Real Content— Each of the accounts and posts that are used in Spot the Troll Quiz, both the genuine accounts and the professional trolls, are taken directly from Facebook, Instagram and Twitter. Nothing is changed and all posts appear as they did (or still do) online. Clemson University researchers are still actively working to identify disinformation as it appears in social media accounts. Trolls and bots are getting more sophisticated than they were during the 2016 election, so finding the clues that can help identify false information is more important than ever. 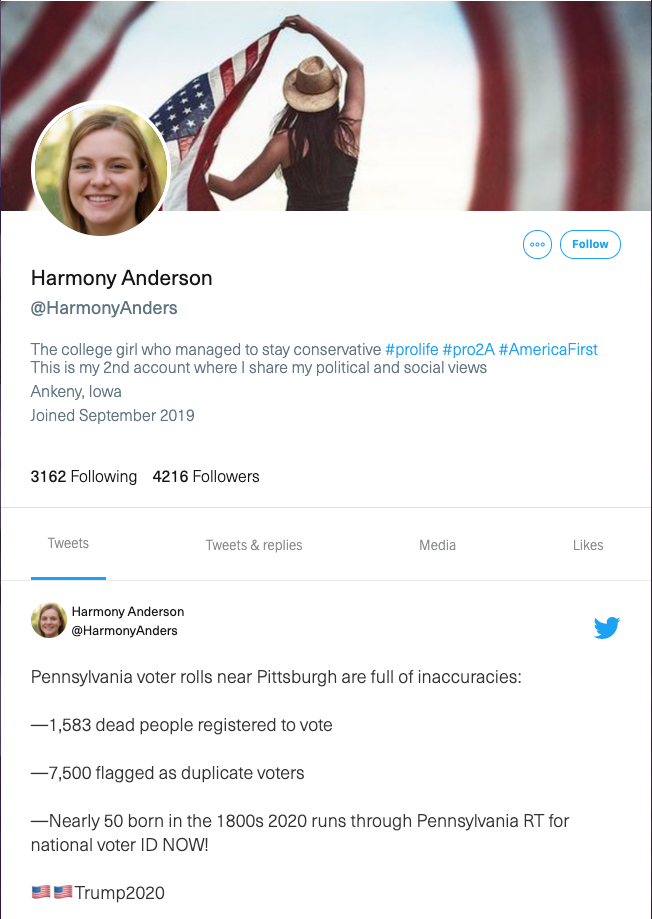 Online Quiz With Personalized Results— The Spot the Troll Quiz will test users’ perception of the authenticity of various social media accounts. Eight profiles are presented, along with a sampling of actual posts from that account.  Users decide if the person is real or not, submit their decision, and are instantly provided with feedback. Answers identify the account owner’s background and credibility, along with supporting signs that users can use to judge the veracity of other social media accounts. A final score is delivered along with social media sharing options for Facebook and Twitter. 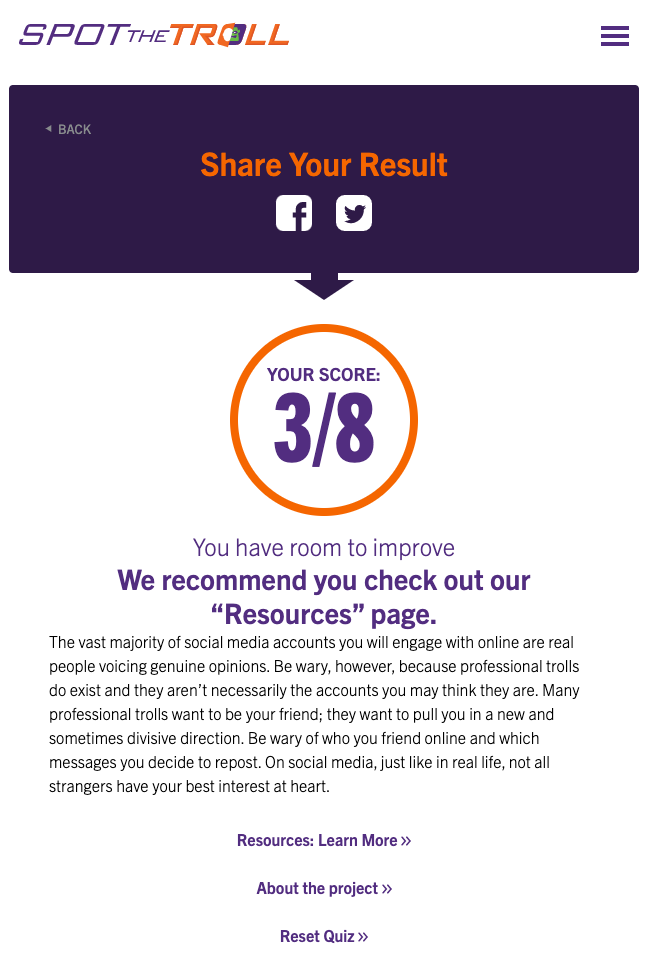 Resources— An extensive resource section on the website includes a list of organizations that are dedicated to fighting disinformation and twenty articles providing in-depth research on Russian trolls and online disinformation tactics. The resource section is also organized to expand the feedback on each of the eight profiles used in the quiz. Research on the specific tactics or posts employed by the fake accounts are documented by articles from the New York Times, NPR, and other respected news sources.